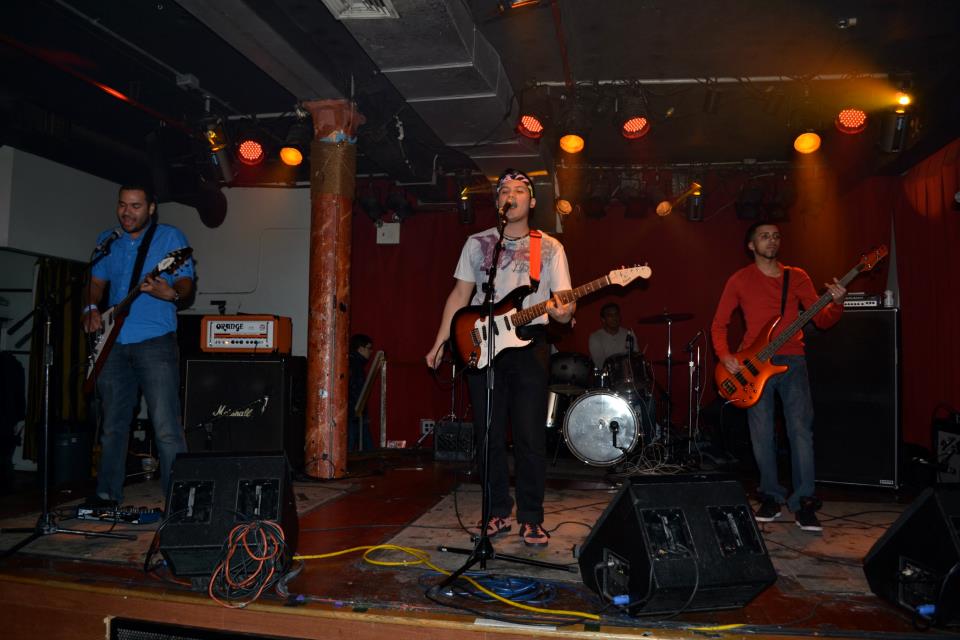 [Editor’s Note: The opinions expressed in this article are solely that of my brother of the electric strings, Sean McClain.]

The Trials and Tribulations of Being a Band Leader

When I was 17 back in June of 2008 I bought my first guitar. I had just graduated high school and had gotten my first job ever as a delivery guy for a drug store. With that first paycheck I had bought my very first guitar (the first of 4) when I bought it, I had no clue what a chord was, I had no clue what the names of each string was, I had no clue if I should buy a left handed guitar or right handed guitar because I play most sports left handed even though I’m a righty. All I knew was that I just finished beating a game called Rock Band where I had gold starred every song on the game so I decided to take it to the next level, and that was going from a virtual guitar with only 5 buttons to playing a real guitar with 21 frets and 6 notes per each fret for a total of 126 notes on my guitar.

To think I would be a leader of my own rock band 4 years later. Those skills I learned soon after buy my guitar, like how to finger chords (famous dirty guitar joke…finger the g string lol) the names of the notes and how to apply music theory have all stayed with me to this day. It happens to be thing I try to teach to my fellow band members.
Before I was the leader of my current band Solitaire Revival which is now called The Revival Experience I was the rhythm guitarist in another band called MY M.O. It was great times and I was basically shown what it takes to run a band by the groups band leader Dion. We would practice once a week every Friday night. Most shows were on Saturdays. We had flyers, posters and Facebook invites to our shows. We never had like a stadium-sized crowd or even a crowd big enough to fill the floor of the main stage at Webster hall. But word did get out and family friends and fans would come and see us. My time at MY M.O. Was short lived, after a year the band had broke up because of some creative differences that turned into personal differences. There was one thing that bothered me about playing in MY M.O. it was the fact that it wasn’t heavy like Nirvana, Jimi Hendrix, Thomas Erak or Metallica, my music icons and what I want my music to sound like, it wasn’t grungy, it didn’t make your head bop. MY M.O. Was ambient and light sounding. It was soothing and relaxing. Nothing about it made you go ‘Wow’.

Ruben Muniz, a close friend I met while learning to play guitar at The New York City guitar school, had written a couple of tunes with me just before MY M.O. And we would preform them at open mics but we had never had a drummer or bass player to completely finish and polish them off. In fact, Ruben was the reason I joined MY M.O. because he had recommended me to Dion since he didn’t have the time. And with the demise of my first band I was back to square one. But this time was different. After seeing how MY M.O. Was run I knew what I had to do to find the other pieces and get started with our own band

We caught a break when a friend of ours, Danny introduced us to his friend Vesean. I still remember that day like it was yesterday. Going to Veseans basement to show him the tunes and jamming with him, it was the 1st time we had put a drum beat to our music and actually had a almost finished product. I still have the recordings I took on my Mac of that first encounter and it brings back some goose bumps thinking about our start. A couple of weeks of practicing in Veseans garage and finishing up old songs and writing new songs and bam… we became Solitaire Revival.

My first major task of being a band leader came when we had to set practice….but how can setting practice up be hard if your using the free space of Veseans garage…..WRONG setting up practice was hard mostly because of Vesean himself, I’m not trying to throw him under the bus or anything but Vesean would tell us what time worked for the garage so we can come by and jam and on several occasions he was either

A) at work and forgot he had practice

B) home sleeping or with his girlfriend down stairs or

And on days where he was home he was most of the time unprepared and just waking up outta bet to jam.

Now why did I let this go, because Vesean was all we had…had we all not been friends and more so aquantiances he would have been kicked out long ago. We even had different thoughts on the music itself and eventually he decided to quit the band all on itself.

When he quit I had shows lined up and no drummer. What was I to do. One of the worst things as a band you can do other than have noone at your show is cancel a show withe the week the show is scheduled….good luckk booking with that promoter again. But once again fate had tilted in favor for us in Solitaire Revival and my friend Alex who plays in a alt. band played drums for us…now when we played with Alex I kid you not, the difference was like night and day compared to what Vesean contributed with his drumming. The sound was more fuller, it groves more..it really fucking rocked…to this day as we look for a replacement drummer full time, Alex fills in for shows here and there.

I wanna go back and touch upon bookings; when I was with MY M.O. I didn’t do anything with booking nor hear any conversations with promoters until I was a band leader myself. And let me tell you, as a new band it’s very hard to get a show from promoters without some kind of fan base. Most promoters will say well give you $7 per person for every person after the 10th…it sounds like a good deal but you playing to promote yourself because you have no fans yet. At this stage of the game it’s very important to get family and friends to come to as many shows as they can until your music takes off. So

1) You can make some money, and

2) Since you bring people out a promoter will book you again at another venue based on how many people you can bring.

Every time you book with a new promoter you get a clean slate…worst thing you can do as a band is cancel last minute… you just caused a 45 minute hole of nothingness to this promoter if you did and he remembers and word gets out to all the other promoters and yeah, I think you see where I’m going with this here lol.

During our stint with Vesean we thought we caught another break. A gentleman by the name of John who happened to live across the street from Vesean and work for a media company called Megaton media or Megaton records (not that that’s really important now) wanted to manage us as a band and point us in all the right directions. Now John showed us some promise and some glamor, we booked some shows with him and he also paid for some studio time and we recorded a 5 song EP/demo.

But there was this aura about John. Well for starters John knew music but he didn’t know ROCK music. Along with that John seemed really shady at times. Like ‘Hide yo kids, hide yo wife cuz they raping everybody out here’ shady. He also had this kinda weird rapist voice, when ever he would come over to the garage for practice he would be all “Hay guys” like Mr. Mackey from South Park.

After rolling with John for a while he presented us a contract. Now I wasn’t expecting something super special but the terms written in the contract were unreasonable. About a week after he handed us that contract after we went over it, I threw the contract on a table in front of John and said “You see this? We need to talk about this.” I basically called John on his bull in the contract. And needless to say we went our separate ways. As the leader it was my job to call him on his bull. He did state he would rework the terms but never gave us that new contract. So that shows you what he was about.

To be current it’s been about a year since we last did a show. Things are starting to come back into form and the band is stoked for the upcoming weeks. We’re bringing ourselves off of life support and into the revival stage because we are going to start doing shows before the years end. The next chapter is starting and if you guys would like to join us at shows check out: The Revival Experience.