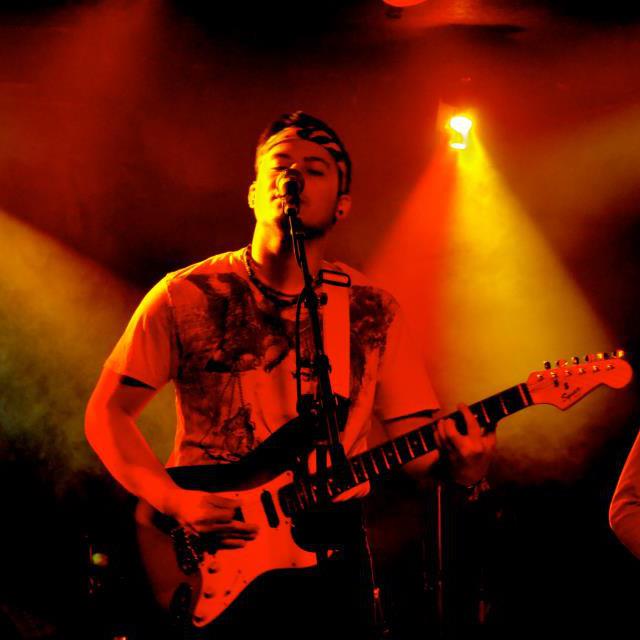 I’ve been a performing artist for a few years now, be it solo with my guitar, with Solitaire Revival or doing spoken word poetry sometimes. Being on stage has its fair share of perks as well as challenges, just like anything else.  The experience of performing your own creations on stage, be it poetry, music, theatre, etc. is truly exhilarating and rewarding, no matter how much money one makes doing. I would know, being a musician that doesn’t have a lot of money to throw around. Since I always like to deliver the bad news first and the good last, I’ll start with why it sucks to be a performing artist:

When I first started playing guitar I felt a little behind the curve, considering I was 18 going on 19 with absolutely zero musical experience or background, save for classes in school that never put an instrument into my hands. I never joined the school band, was not confident in my singing voice and didn’t know the first thing about guitars.

For the most part people were supportive. I learned from a friend how to play the basics and eventually took lessons, which amplified my progress a great deal. It wasn’t very fun though when I would encounter a few negative remarks here and there in regards to my new venture into becoming a musician.  Some people I would talk to about it would tell me that I had started too late and wouldn’t get anywhere. Starting a journey into an art form is a lot like wearing a new piece of clothing: many people admire the new look, but the few that notice that tiny little imperfection on the right sleeve are the few whose comments you can’t seem to forget.

I got a bit more flack when I started singing. I knew my voice was lackluster but I just did it anyway. I figured I wasn’t getting any younger and I have my whole life to improve, why not try and sing? Once again many of the people around me told me I sounded nice and to keep working at it, but the few people who told me I sounded horrible or shouldn’t try were the comments that stuck. I had one friend tell me that if I didn’t sound good already there was no point in trying.

I still getting the occasional negative comment on my Youtube channel or what have you, but I’ve learned to shake off the negativity and if anything to use it to improve my skills.

In a place like New York City, there is no shortage of places to play by any means, but a lot of places want experienced artists. If I learned one thing from job searching this year it’s that you need to have experience to get more, and to initially get anywhere you need to be humble and start smaller than you may originally want to.  I began going to open mics and performing my original songs, starting with a very supportive crowd where I had my guitar lessons, The New York City Guitar School. There’s actually a video on Youtube of my very first performance there! My voice was very shaky and out of key, and I was extremely nervous but afterwards I felt the stagefright lift from my shoulders. I was lucky to have the resource of a supportive atmosphere for an open mic, because many musicians just starting out don’t know where to begin.

Where I currently am on the spectrum of my musical career is trying to turn my favorite hobby, performing with my band, into a paid gig. It’s way harder than it seems to keep up with bandmates, draw enough people to get paid for live shows, pay for studio time, etc. Everyone in the band has their own personal, work, and/or edcucational endeavors to deal with in addition to the band, which is the case for most young musicians in any sort of musical group.  As a hobby it’s already an amazing experience, but the dream has always been to get paid to play one’s own music.  It takes a lot of hard work and diligence as well as creativity and good chemistry with the people around you to do this. It’s very hard to break through into paid gigs, but I’m sure if I acheive a level of skill where I can live solely off musical earnings the rewards will be vast.

There’s nothing better than putting a brainchild of yours into the universe and having it received well by your peers, especially strangers who have never seen you before and will offer a truly unbiased opinion of your work.  I wrote most of the lyrics for my band’s songs as well as over 50 solo songs, and there’s nothing better than getting positive feedback from a song I wrote myself or had a part in creating somehow. Whether its someone rocking out to our music when we’re on stage or if it’s someone commenting on Youtube or Facebook that they like a video of mine, I feel the utmost appreciation for whoever sent that love my way, and love my own creations all the more at the same time.

It’s true. Many startup artists become friendly right away when in the same room, because no matter what venue of the arts one is in, the struggle is shared of looking for work, picking one’s own brain to write/compose more works of art, and most of all the all-too familiar feeling of being on stage where as proud and vibrant one may look, they are actually at their most vulnerable point. It’s one thing to be on one’s own at home, ‘woodshedding’, or practicing and rehearsing to yourself, but to share your art with others who do the same is one of the best pleasures I know. It’s so great to find someone new to jam with, to write poetry with, or to be in a band and to play a song together.  Also, I have found through my journeys as a musician that performing artists of any kind are usually the most chilled out people alive and are great to have around, whether you yourself are an artist or not.

Now I don’t mean that I’m invincible. What I mean is that hopefully after I’ve left this earth, my great grandkids will ask what I was like as a person, and someone down the line will have saved recordings of my music.  To publish art, be it paintings, illustration, jewelry, music, theatre, literature, means that it is out there in the universe and you never know where and for how long it will float around, but if you’re an artist of any sort you may like to think that your creative endeavors may have resonated somewhere with someone in the world and hopefully helped them somehow in their own life.